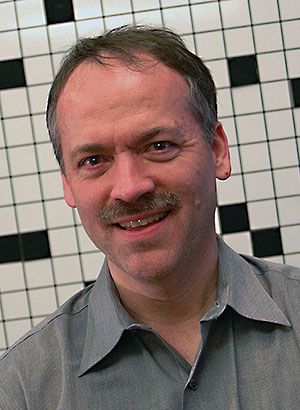 Will Shortz is the only person in the world to hold a degree in enigmatology, the study of puzzles. Shortz is crossword editor of The New York Times, puzzlemaster of National Public Radio's Weekend Edition Sunday, and editor of Games magazine. He is the founder of the American Crossword Puzzle Tournament and the World Puzzle Championship and was featured in the 2006 documentary film Wordplay.

"Figure out what you like in life and go after it," he says. "Whatever it is that you want to do, whether it's something odd or something ordinary, go after it."

Puzzle master Will Shortz on his collections, table tennis and what continues to puzzle him
Inside IU Bloomington, January 30, 2014